This post was originally posted 11/18/17 but since that time I was fortunate enough to win the 2018 Independent Tournament Circuit, Warhammer 40k ITC Hobbytrack!!!

I had several very kind and gracious comments about the paint on my Deathwatch Army (Thank you all!)  An artist always appreciates the kind words!  At any rate, I don't know that anyone in the area that I live in currently knows: a) That I started this army about five years ago (2011- 6th Ed), largely due to the versatility it provided in chapter tactics by playing ALL the Space Marine Chapters, b) that it was several years PRIOR to the release of the 7th Ed Deathwatch Codex, c) It has been a true passion of mine for several reasons (which I will get into later)... for now, I thought I would share a few pics of the army on display along with a jump to more pics of the Deathwatch Fortress and army! 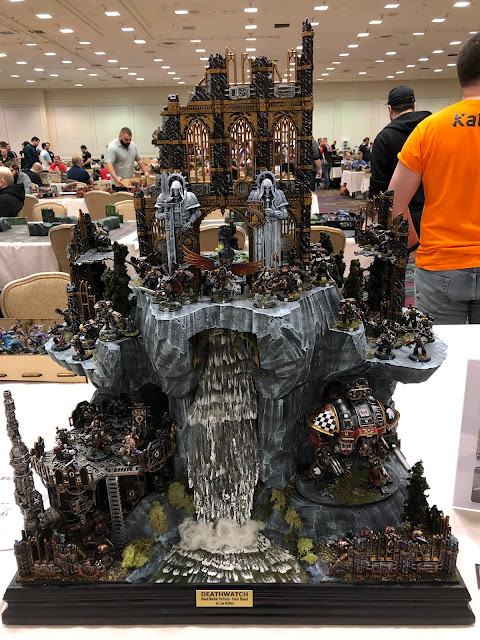 Movement tray/Display Piece at the Las Vegas Open 2018!
(here is the jump to more pics at Frontline Gaming!) 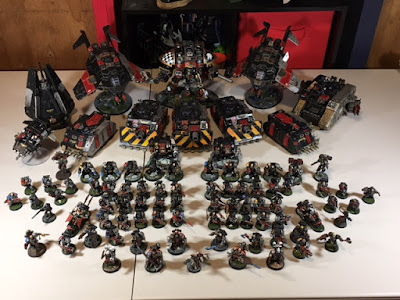 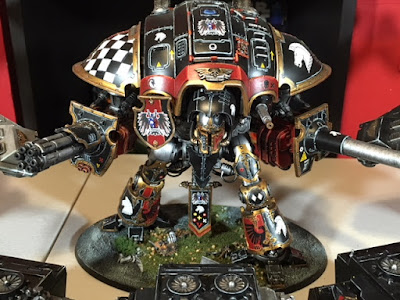 Yes... I finally broke down and bought a Titan for support! 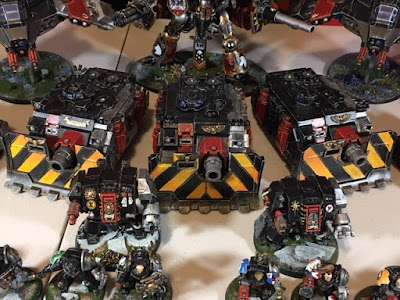 I use the Vindicators in an "add-on" Space Marine Patrol Detachment... they are beastly! 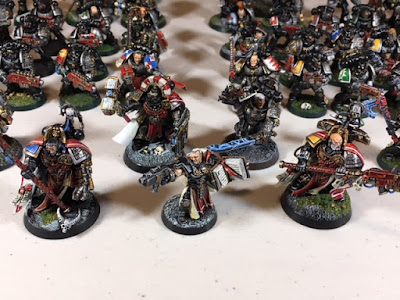 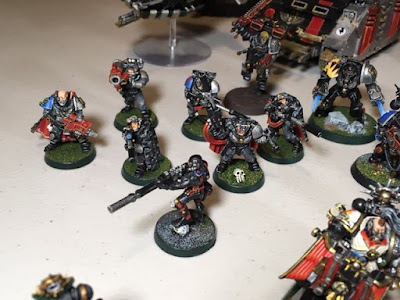 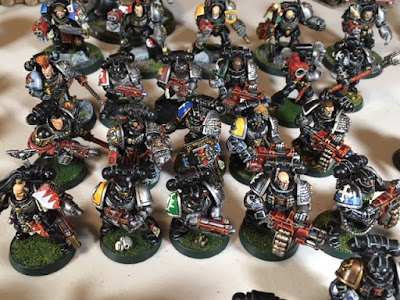 Some of the kill teams with various weapons, but most of all... frag cannons! (Second row back, far right was scratch built! I'll put a post up on how to do it!) Every single model has a alot of personalized detail... 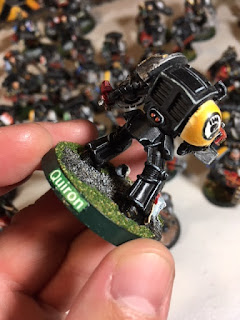 Including a name and chapter taken right out of the black library books, codexes, and other literature!

Thanks for taking the time to sneak a peak! Sure enjoy playing the game with so many of you!!!

(If you haven't seen "Deathwatch -- Tyranid Invasion" By Rodeo Games, Unreal Engine and GW... check it out!)
https://www.youtube.com/watch?v=ioBUh1SdWf0
Posted by lou rollins minis at 10:38 PM