Recently, I was fortunate enough to play a game of X-Wing.  In preparation for said game, I new that the participants would be bringing their "prepainted" minis... so I took a stab at painting up an X-wing for Gavin Darklighter.

This first pic is of the pre-paint X-wing (on the left) with the regular 'out-of-the-box' model on the right: 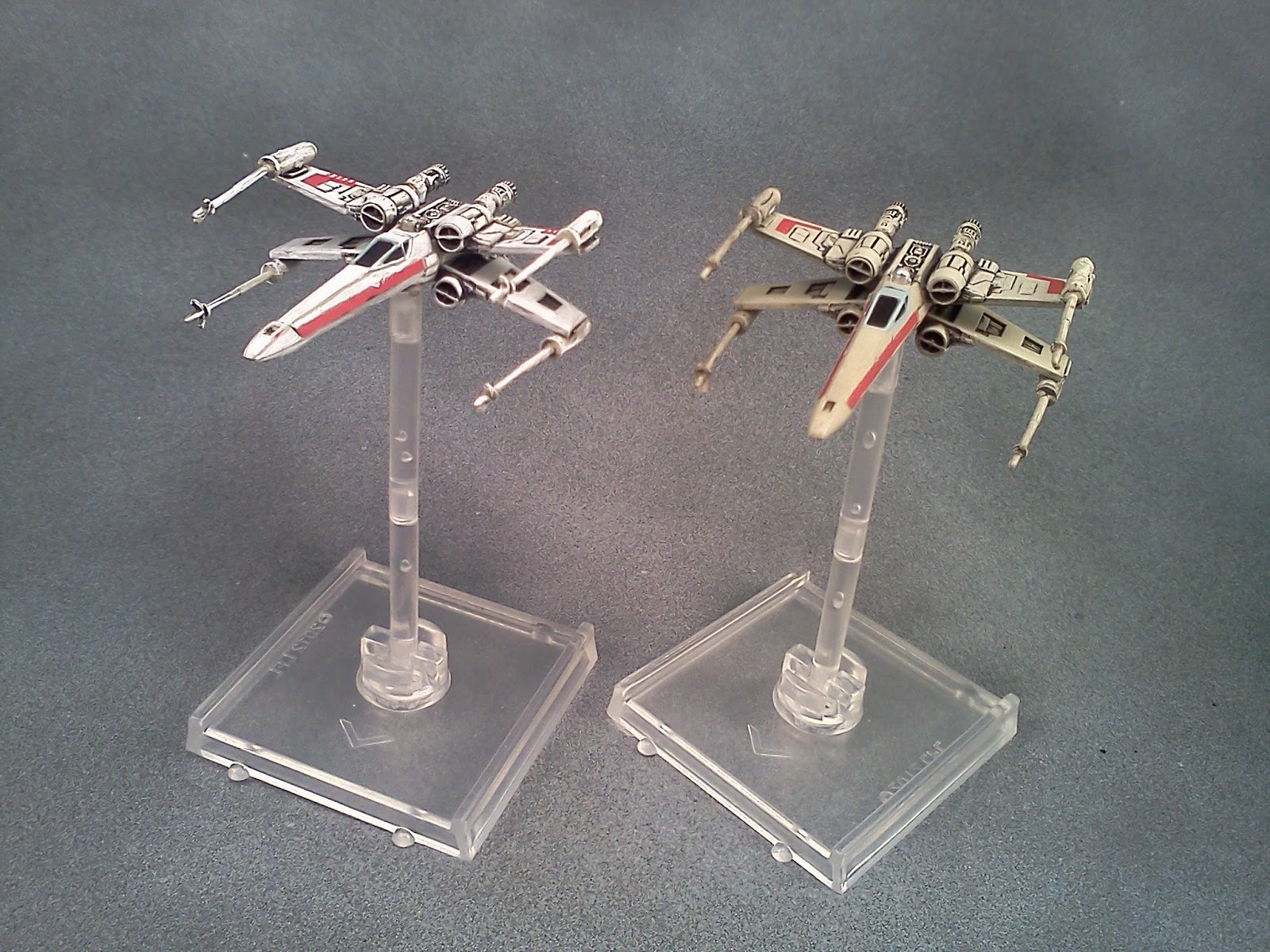 It might not be readily visible, but the X-Wing on the right is a shade darker than the one on the left.  I tried to bring out more of the 'white' that I envision the models having like in the movies a grew up watching as a kid. 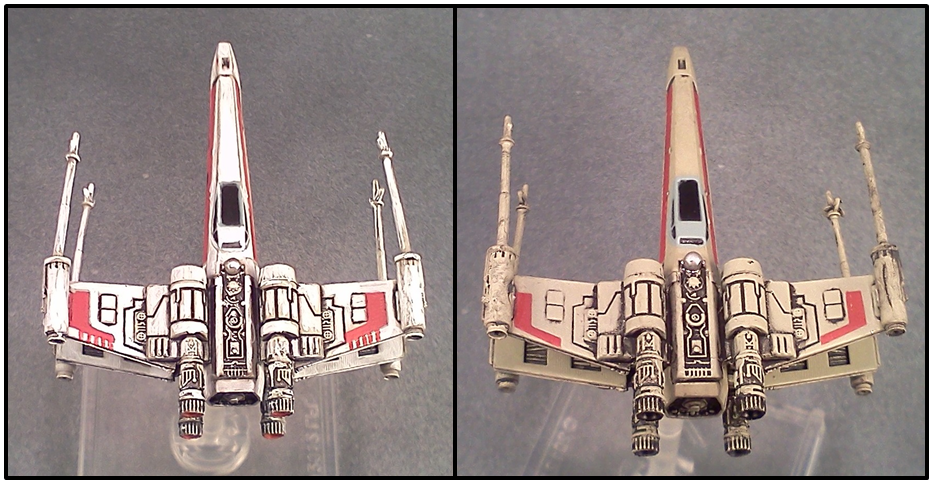 My repaint (on the left) has the Rogue Squadron markings of "Rogue 5" which (at one point in time) was Gavin's ship!

Side view of the repaint (left) and the model (right) straight out of the box set.

On the back side, my repaint on the left has the 'afterburners on' which I tried to employ with some reds, oranges and yellow. Let me know what you think.
Miss the old X-Wing run on the Deathstar? Here it is!!! :D
Posted by lou rollins minis at 11:22 AM